Outside of the Tim Hortons Brier and the Scotties tournament of Hearts, the Home Hardware Canada Cup is typically the most anticipated event on Curling Canada’s yearly schedule.  This year, the Canada Cup will be contested in Brandon with a direct entry into the Olympic Trials awaiting the winners of both the men’s and women’s event.

Last year, Team Koe of Calgary and Team Homan of Ottawa won the Canada Cup and secured their sports for the Olympic Trials that will take place in Ottawa from December 2nd through December 1oth, 2017.

This year’s Home Hardware Canada Cup brings together 7 of the top men’s and women’s team in the country.  From The Hack offers a preview of each team heading into the Canada Cup along with an interview with the Lead of each team who will summarize their team’s season so far, introduce our audience to their three teammates and share what it would mean for them to represent Canada at the 2018 Olympics.

The women’s preview can be found here: Read more 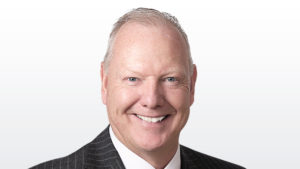 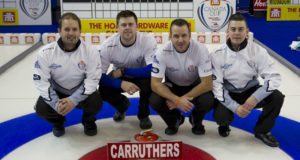 Team Carruthers started slowly this season but have played better of late which will no doubt provide some added confidence as will playing in front of a supportive Manitoba crowd.

From The Hack interview with lead Colin Hodgson: 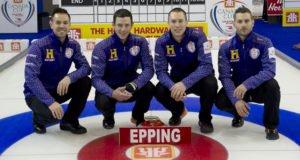 Team Epping is always a threat in major events if John Epping has his “A+ game”.  This is a team that is especially dangerous when they get off to a strong start in an event such as the Canada Cup.

From The Hack interview with lead Tim March: 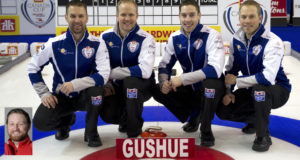 This team has played the whole season without their skip and leader, Brad Gushue, who is expected back in early 2017.  Despite Gushue’s absence, the team has maintained a high level of play, has held on to the #1 ranking in the world and is one of the favourites heading into the Canada Cup.

From The Hack interview with lead Geoff Walker: 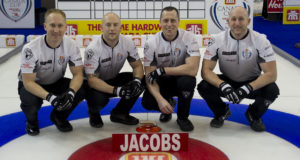 When Team Jacobs have their “A game” they are very difficult to beat but they have often been inconsistent over the last year and a half.  If Team Jacobs starts strong at the Canada Cup, expect them to challenge for the title.

From The Hack interview with lead Ryan Harnden: 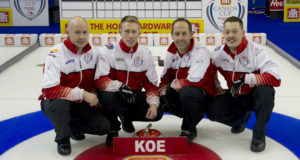 Team Koe has taken a more relaxed approach to the 2016-17 season with their trip to the 2017 Brier and the Olympic Trials already secured.  Although they have failed to qualify for the playoffs in the two Grand Slams played so far season, Team Koe always seem to play their best when the lights are shining brightest.  Expect the 2015 champions to be in the playoff picture at the end of the week.

The From the Hack interview with lead Ben Hebert was originally posted Week 7 of this season: 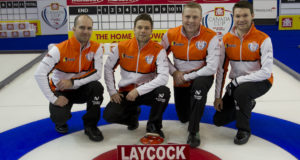 Team Laycock started slowly this season but have been playing better of late.  A typically consistent team that has yet to win that one big event that might take them to the next level.  They must avoid a slow start against such a strong field.

From The Hack interview with lead Dallan Muyres: 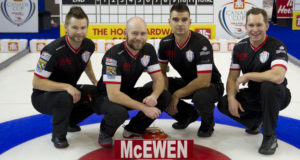 Team McEwen have had an uncharacteristic slow start to their season but enter the Canada Cup after winning their first event of the season at the DEKALB Superspiel.  Team McEwen has played well in previous Canada Cups and will be one of the crowd favourites in Brandon.  Look for them to be among the teams fighting for a playoff spot deep into the week.

From The Hack interview with lead Denni Neufeld: