Outside of the Tim Hortons Brier and the Scotties tournament of Hearts, the Home Hardware Canada Cup is typically the most anticipated event on Curling Canada’s yearly schedule.  This year, the Canada Cup will be contested in Brandon with a direct entry into the Olympic Trials awaiting the winners of both the men’s and women’s event.

Last year, Team Koe of Calgary and Team Homan of Ottawa won the Canada Cup and secured their sports for the Olympic Trials that will take place in Ottawa from December 2nd through December 1oth, 2017.

This year’s Home Hardware Canada Cup brings together 7 of the top men’s and women’s team in the country.  From The Hack offers a preview of each team heading into the Canada Cup along with an interview with the Lead of each team who will summarize their team’s season so far, introduce our audience to their three teammates and share what it would mean for them to represent Canada at the 2018 Olympics.

The Men’s preview can be found here: Read more 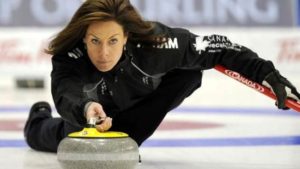 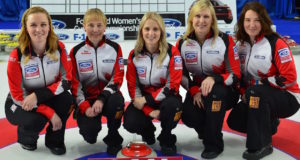 Team Carey has had an uneven start to their season but have proven capable of raising their level of play at major competitions.  Any opponent that overlooks this team does so at their peril. 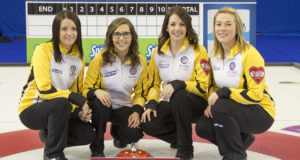 It has been a difficult season for Team Einarson.  They have failed to qualify for the playoffs in each of their events although they did reach a tiebreaker at the WFG Masters.  It might be difficult for this team to turn their season around against such a deep and motivated field. 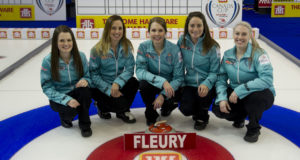 Team Fleury has had a consistent, if unspectacular, season so far.  They have qualified for the playoffs in 6 of 8 events, including both Grand Slams, and won the only event in which they made it past the QF.  Expect them to play well in Brandon but they will need to find another gear to win the event. 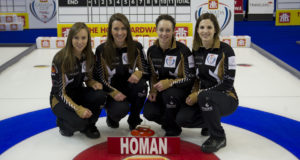 Team Homan goes into the event as the favourites in the eyes of many people. The team has been experimenting with different tactics this season and it will be interesting to see if this continues in Brandon or if they will go back to the approach that has served them so well in the past. 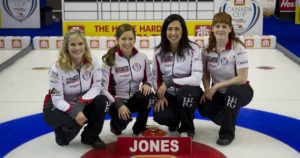 Team Jones always seems to find themselves in the mix at major events.  They have had a solid start to their season and won the last event they played in prior to the Canada Cup.  Look for Team Jones to be around when playoff spots are decided late in the week.

From The Hack interview with lead Dawn McEwen: 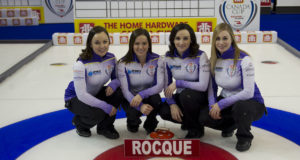 Team Rocque has had a consistent start to their season but will feel extra pressure at the Canada Cup since their team will not be competing in the provincial playdowns this season.  Many will discount this team because of their relative youth but, if they get on a roll, they could be difficult to defeat. 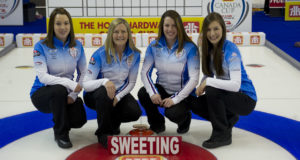 Team Sweeting has been difficult to beat in recent Canada Cups and their victory at the recent GSOC Tour Challenge will no doubt have given them extra confidence heading into Brandon.  Look for Team Sweeting to quietly go about their business and be in the mix when playoff spots are being decided.

From The Hack interview with lead Rachelle Brown:

(All photos courtesy of Curling Canada)