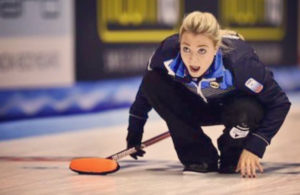 From the Hack did a brief interview with Anna Sloan of Team Muirhead following her team’s victory at the Glynhill Ladies International this past weekend.  It has been a difficult twelve months for Sloan who underwent knee surgery that forced her to miss the end of last season and the first part of the 2016-17 season.  She is now back at 100% and is currently focused on the upcoming TSN Skins event in Banff and then the all-important Scottish Championships that will decide who represents Scotland at the 2017 World Championships.

We spoke to Anna Sloan following practice at her home club:

(Please note:  We did the interview while some unexpected maintenance was taking place at the curling club in Scotland causing the background noise you will hear intermittently during the interview.)