Kelsey Rocque just returned from the Winter Universiade in Almaty, Kazakhstan where she and her University of Alberta teammates won a gold medal for Canada by defeating Russia in the Gold Medal game by a score of 8-3.  Rocque was joined on Team Canada by vice-skip Danielle Schmiemann, second Taylor McDonald, lead Taylore Theroux and coach Garry Coderre. 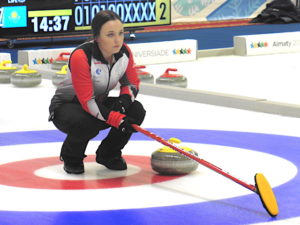 Kelsey joined From the Hack to discuss her team’s victory, her role as Canadian flag-bearer in the Opening Ceremonies and her experience as a member of a larger Team Canada.