The 2017 Scotties Tournament of Hearts is almost upon us and From the Hack brings you interviews with 12 of the participating skips and also some news and notes from each of the teams heading to St. Catharines.  The teams are listed in alphabetical order: 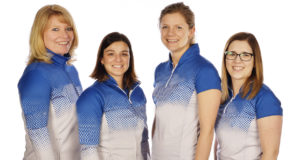 The biggest health question entering the 2017 Scotties will be Shannon Kleibrink’s back. The Alberta skip injured her back a few days before the Alberta Scotties and called in two-time Scotties champion Heather Nedohin to fill-in for her for two games during the provincial playdowns.  Nedohin will be with the team in St. Catharines and is expected to play more than a typical fifth player does at the Scotties. 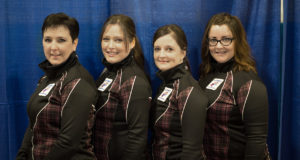 The last time Marla Mallet represented British Columbia at a Scotties she left a big impression, losing in the final to Jennifer Jones in 2009.  Mallet took some time away from the game and is now back with a team that played well this year against tough competition and could surprise people in St. Catharines. 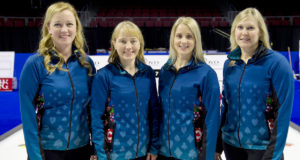 The defending champions are headed to St. Catharines hoping to find the form that helped them to their first Scotties championship last season.  There have been bumps in the road but Team Carey enters the Scotties in good form having played very well at the recent Continental Cup. 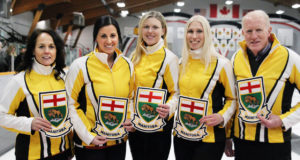 Team Englot may not have gotten the same level of press as Team Jones or Team Einarson over the past year but they are certainly a worthy representative for Manitoba. This will be a 9th Scotties appearance for skip Michelle Englot who represented Saskatchewan eight times including two playoff appearances in 1988 and 1989. 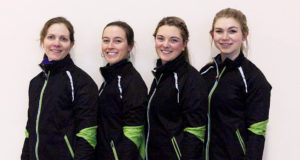 Melissa Adams of New Brunswick is headed to her first Scotties but she does have experience at the national and international level. Then known by her maiden name of Melissa McClure, Adams won the Canadian and World Junior Championships in 1998. 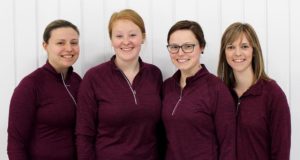 Team Curtis is headed back to the Scotties, the first time that Stacie Curtis has won consecutive provincial championships.   The 2007 Canadian Junior champion will be appearing in her 4th Scotties in St. Catharines. 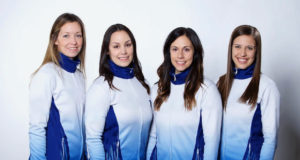 Team McCarville, the 2016 finalist, is back to the Scotties after defending their title in Northern Ontario, defeating 12th ranked Team Fleury in the final. It will be Krista McCarvillle’s 6th Scotties having skipped Team Ontario on four occasions before Northern Ontario was granted a spot of their own at the Scotties. 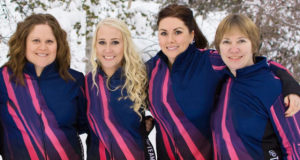 Team Galusha is headed to the Scotties hoping to win the Pre-Qualifier after losing in the final each of the past two seasons and missing out on the main draw.  For skip Kerry Galusha, this will be a 14th Scotties Tournament of Hearts 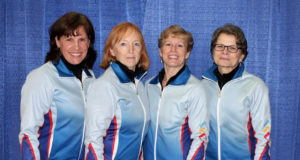 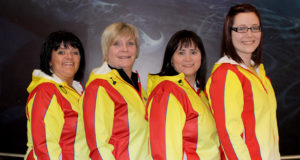 Geneva Chislett and her team will be representing Nunavut for the second consecutive year.  In 2016, they became the first team to ever represent Nunavut at a Scotties and won their first-ever game against British Columbia.

Team Chislett is busily preparing for the Scotties Pre-Qualifier and were unable to do an interview with From the Hack. 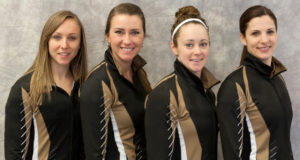 Team Homan has not looked its dominant self this season but the Ontario representatives remain one of the clear favourites heading into this year’s Scotties.  The team will have the added incentive of winning a first Scotties for Joanne Courtney who had yet to join the team when they won back-to-back titles in 2012 and 2013

Team Homan is busily preparing for their return to the Scotties Tournament of Hearts and were unable to do an interview with From the Hack. 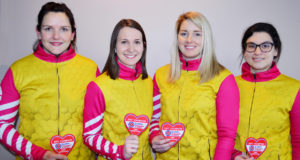 Robyn MacPhee is headed to her 8th Scotties from Prince Edward Island.  MacPhee was a member of the famed junior teams from PEI, led by skip Suzanne Birt, that won consecutive Canadian Junior Championships in 2001 and 2002 along with a World Junior Championship title in 2001. 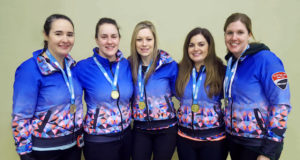 Quebec will be sending an experienced team to the Scotties. Both skip Eve Belisle and third Lauren Mann have skipped teams to the Scotties before; Belisle in 2006 and 2010, Mann in 2015. 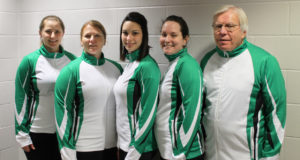 Team Barker of Saskatchewan surprised many by winning their provincial championship as the 7th ranked team in the province.  Despite playing a limited schedule this season, Team Barker has three titles and one semi-final to their credit. 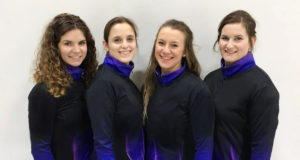 Sarah Koltun and her team will be participating in the 3rd Scotties Tournament of Hearts.  The team represented the Yukon/Northwest Territories in the main draw and then represented Yukon in the Pre-Qualifier in 2015.

Meet the Scotties Skips and their Teams