The final event on the Curling Champions Tour took place on the weekend with both the men and women competing in the Euronics European Masters in St. Gallen, Switzerland.  The men’s field was especially strong and included six teams ranked among the top 20 teams in the world.

Team Edin of Sweden finished atop the round-robing standings at 6-1 to qualify for the final where they would meet Team Smith of Scotland.  In the bronze medal game, Team Brewster of Scotland defeated Team McCormick of the United States in a tight contest that was not decided until Scots stole a point in the 8th end for a 4-2 victory.  In the final, Team Edin stole a point in the 3rd end to take a 2-1 lead but Team Smith came back in the next end to score two points and take a 3-2 lead into the 4th end break.  The second half of the game saw each team force their opponents to single points from the 5th through the 7th end with Team Smith scoring a single point in the 8th end for the 5-4 victory.  It was a 3rd title this season for Team Smith and provided some measure of revenge after losing to Team Edin in the semi-finals at the recent Players’ Championship in Toronto. 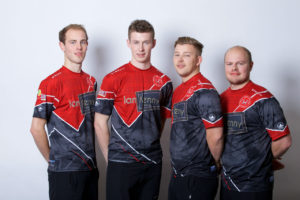 The women’s event attracted fewer top-ranked teams but that did not mean a lack of competitive games.  2015 World Champions Team Paetz of Switzerland finished the round-robin undefeated to qualify for the final where they would play Team Kubeskova of the Czech Republic who finished fourth at the most recent European Championships.  In the bronze medal game, Karla Thompson and her team from Canada defeated Team Barbezat of Switzerland by a score of 6-5.  The game was tied 3-3 at the 4th end break and the Swiss stole a single point in the 5th end before the Canadians rebounded by scoring a deuce in the 6th end then stealing a point of their own in the 7th end.  Team Thompson was then able to hold Team Barbezat to a single point in the 8th end for a 6-5 victory.  In the final, Team Kubeskova stole three points to take a 5-0 lead into the 4th end break.  Team Paetz managed to close the gap slightly by scoring two points in both the 5th and 7th ends but the Czech champions held on for a 7-4 victory.  It was a first title in what has been a good season for the team from the Czech Republic. 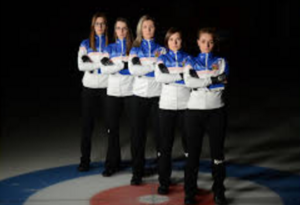 The headliners at the very first Canadian Under-18 Championships were Tyler Tardi, who won a Canadian Junior Championship earlier this year, and Jacob Horgan who has won a silver and a bronze medal at the Canadian Juniors while playing for his brother Tanner.  The two young stars did not disappoint as Tardi led British Columbia to the semi-finals where they would play Horgan and his team from Northern Ontario.  The younger Horgan got the best of Tardi this time as Northern Ontario defeated BC 5-1 to qualify for the final where they would meet Ryan Abraham and his team from Nova Scotia who defeated Rylan Kleiter and his team from Saskatchewan 5-3 in the other semi-final.

In the final, Northern Ontario took a 3-1 lead into the 4th end break then stole a point in the 7th end as they defeated Nova Scotia 4-2 to become the first Canadian Under-18 Boys Champions.  In the bronze medal game, BC stole two points in an extra-end to defeat Saskatchewan by a score of 6-4. 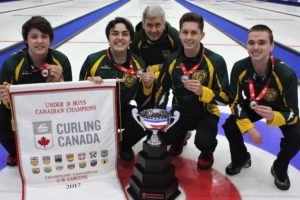 In the girls event Justine Comeau, who skipped New Brunswick to a bronze medal at the 2016 Canadian Junior Championships, finished atop the Championship Pool at 7-1 and was joined in the semi-finals by Quebec, Nova Scotia and Northern Ontario.  In the semi-finals, New Brunswick defeated Gabrielle Lavoie and her team from Quebec by a score of 6-5 in an extra-end while Kira Brunton and her team from Northern Ontario defeated Cally Moore and her Nova Scotia rink by a score of 6-1. 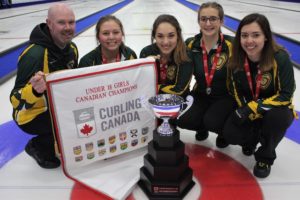 The Champions Cup is an interesting event because it brings together teams that have won events around the world during the current season.  There is a solid mix of teams that have much experience in the Grand Slams along with team such as Team Moiseeva of Russia, Team Wrana of Sweden, Team Sinclair of the United States, Team Hardie of Scotland and Team Morozumi of Japan that are hoping to score enough ranking points to put themselves in a position where they might qualify for additional Grand Slams next season.

Several curlers will not play with their regular teams at the Champions Cup.  Reid Carruthers (Team Carruthers), Joanne Courtney (Team Homan) and Matt Hamilton (Team Shuster) are participating in the World Mixed Doubles Championships, Rick Sawatsky (Team Morris) is injured and replaced by Caitlin Schneider, Cathy Overton-Clapham will play for Team Tirinzoni once again and it appears that Lauren Gray of Team Muirhead and Ben Hebert of Team Koe will play this week after missing the Players’ Championship with injuries.