Kerri Einarson joined us to discuss the announcement of her new lineup for the 2018-19 season and the 2022 Olympic cycle.  The team will include Einarson at skip, Val Sweeting at 3rd, Shannon Birchard at 2nd and Briane Meilleur at Lead.  All four players skipped their own teams during the 2017-18 season. 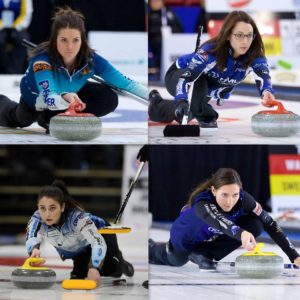 Einarson discusses the process of how the team was formed, adapting to new positions and ensuring that she will not end up with “too many cooks” in her kitchen during games with each of her teammates being a former skip.